Objectives:
Few topics are as politically charged as “international migration”. The 56th ITH Conference seeks to discuss the issue from a global and historical perspective. Changing employment opportunities and income inequalities within and between countries and regions will be its starting point. The agency of migrants and the relationship of the political left to labour mobility will be situated and discussed within this large frame. We are interested in analysing the connections between the mobility of capital and the mobility of labour and the diverse responses of workers and worker organizations and employers to these processes from the early modern period to the present day. We use a broad definition of migration, including free and unfree labour, temporary and permanent migrants, as well as the full variety of status classifications, ranging from sans papiers and asylum seekers/refugees to classical migrant workers.

Over the last two centuries international wage differentials have grown enormously, and labour markets are divided into more or less impermeable segments, with migrants often predominating in the low-wage sectors and a few other specific segments (e.g. health care). In the immigration countries and regions, workers in the higher-placed segments and some sectors of the political left tend to see the low-wage sectors as a threat. They can respond to the challenge posed by badly paid competitors in three different, but frequently connected, ways: 1) exclusion, i.e. the attempt to block immigration; 2) institutionalization, i.e. the confinement of low-wage workers to certain occupations and economic activities; or 3) solidarity, i.e. the attempt to raise lower wages to higher levels; this includes demands for global redistribution (at the expense of capital/propertied classes and/or at the expense of the labouring classes) in order to improve conditions in the emigration countries. In the emigration regions, the emigration of people with low qualifications has often been promoted, while the migration of skilled personal trained in these regions is considered more problematic. Overall, it cannot be presupposed that an increase in labour supply automatically results in more difficult conditions for the labour movement, while labour shortages would lead to wage increases and improved working conditions. The first set of questions is: Under which conditions do higher-paid workers prefer which response? Which strategies did the labour movement pursue in the emigration and the immigration regions and how did it justify these strategies? How do migrant workers relate and respond to these varieties?

From the perspective of migrant workers there is a second set of choices. They can aim to pursue different plans and strategies when migrating: 1) permanent immigration of the worker him/herself and, if possible, with his/her family; 2) commuting in a wide range of temporal rhythms, depending on the distance between workplace and home and on job requirements. These options, of course, overlap and the migrants ́ plans and strategies may change due to changing conditions, personal expectations and preferences, or experiences. (Potential) migrants also develop strategies to negotiate, sidestep or alter migration regulations; for instance, they may migrate as refugees, or engage in cross-border marriages, when facing restrictive policies. Alternatively, potential migrant workers can choose to focus on the improvement of their conditions at home. They can use a variety of strategies: 1) collective struggle against the destruction of their livelihoods and for the improvement of working conditions and higher wages; 2) individual strategies of upward mobility; 3) demands for global redistribution (at the expense of capital/propertied classes and/or workers in privileged countries). The second set of questions is: Under which conditions do migrant workers aim to pursue which strategies? How are their choices affected by the preferences and actions of their autochthonous competitors on the labour market? How has the political left, including organizations involving migrants, related to the agency of migrants?

Third, there are strategies pursued by employers. Wage increases in general and rising wages in the low-wage sectors in particular may induce businesses to develop at least six different strategies to maintain profitability: 1) the geographical relocation of production or certain components of production (commodity chains) to regions with cheaper workers and less regulated work; in doing so, capital may develop strategies to ensure more advantageous regulations concerning capital movement and labour law; 2) the reduction of the number of labourers through the transformation of labour processes; 3) a shift to new economic branches and product lines; 4) the shift of capital from production and trade to the finance sector (”financialization”); 5) the shift to other labour relations, e.g. self-employment; 6) influence on migration policies and regulations in order to secure additional influx of cheap labour. The third set of questions is: Under which conditions does capital opt for geographical relocation or geographical re-composition? Under which conditions does it opt for one of the other strategies? How has the political left responded to these various strategies?

The relocation of capital and the mobility of the workforce have been closely interrelated. Population growth and the freedom to move have often served as important pre- conditions for the renewed accumulation of capital. At the same time, the relocation of capital has social consequences both for the old and the new locations, and both for autochthonous and migrant workers. At the old locations unemployment will probably increase. Families of unemployed workers may use several methods to cope with the job loss, including e.g. increased subsistence activities; migrant workers may return to their (former) homes – perhaps attracted by the relocation of capital to their home regions. Both groups may also aim to move to more promising locations, elsewhere in the country or abroad – thus leading to new forms of migration. The new production site will often not only attract workers from nearby, but also from further afield. So, in various ways capital moves may lead to workers’ moves. The fourth set of questions is: Under which conditions does the movement of capital lead to out-migration and/or in-migration? How have migration policies shaped these processes? In which way have processes of migration triggered the relocation of capital?

The aim of the conference is to discuss these questions at an empirical and a conceptual level and invites papers which duly situate their empirical case or conceptual inquiry within the larger frame of the discussion of capital and labour on the move as summarized in this Call for Papers. How have labour movements and/or other social movements in both the emigration and the immigration regions discussed and conceptualized the question of the special mobility of capital and labour? How have these movements contributed to shaping of the interaction between the mobility of labour and capital? What has been the role of state-operated and other migration policies in shaping these interactions? How did the strategies of mobile workers impact on these interactions? How can empirical case studies refine our understanding of the interaction between the mobility of capital and of labour? Which migration and labour market theories shed light on the – however unequal – interrelationship between (non-)moving capital and (non-)moving workers? Contributions with transnational, (world-)regional or global perspectives or topics are equally welcome.

Linz is an industrial town some 180 km west of Vienna and one of the historical centres of the Austrian labour movement. The Austrian Civil War between Austro-fascist militias (“Heimwehren”) and the federal army on the one hand, and the paramilitary organization of the Austrian Social Democratic Workers Party, the “Republikanischer Schutzbund” on the other, in February 1934, started in Linz. The surroundings of the Jägermayrhof were among the centres of combat.

A selection of links that may be useful for you attending the conference:

How to travel to Linz – General information

Once you have arrived at “Linz Hauptbahnhof” (Linz Main Station) you can either travel to the venue by public transport or take a taxi (approx. EUR 12-14).

If you travel by public transport from “Linz Hauptbahnhof” (Linz Main Station), take tram no. 1 or 2 (direction to “Universität”) or tram no. 3 or 4 (direction to “Landgutstraße”) and travel 4 stops until “Taubenmarkt”. Change there to bus no. 26 (direction to “Stadion”), travel 5 stops and got off at “Jägermayr”. The bus station is right besides the venue. 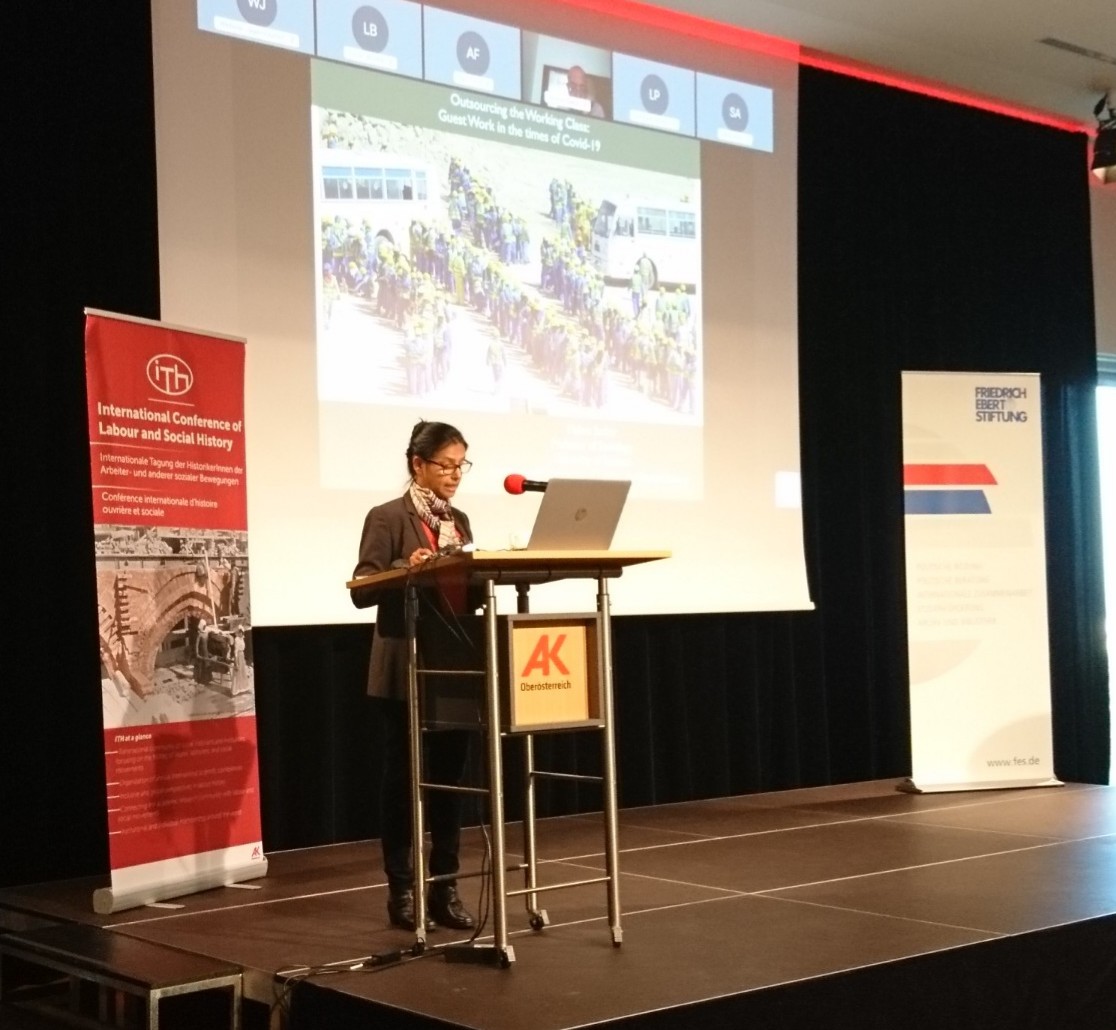 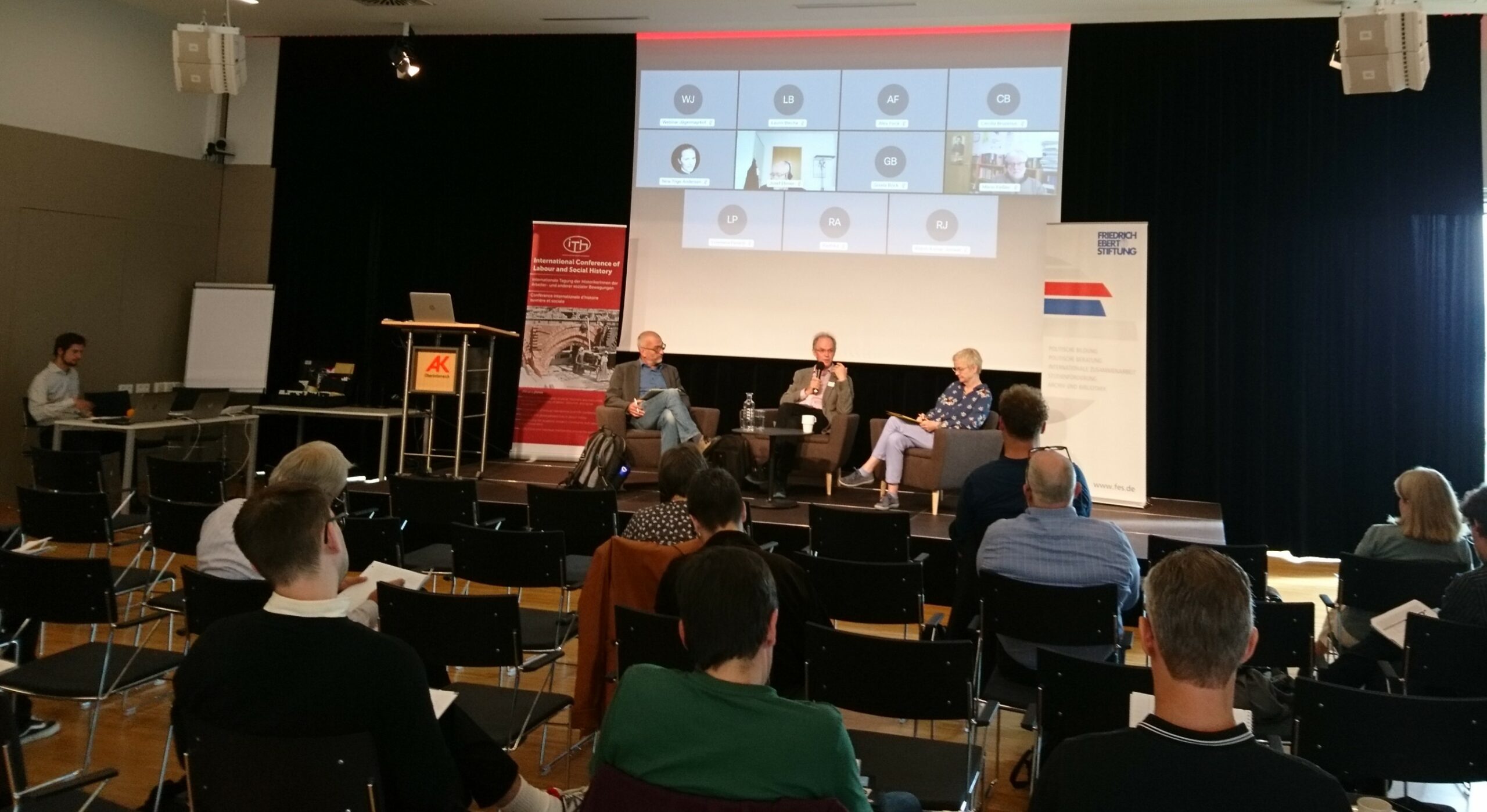 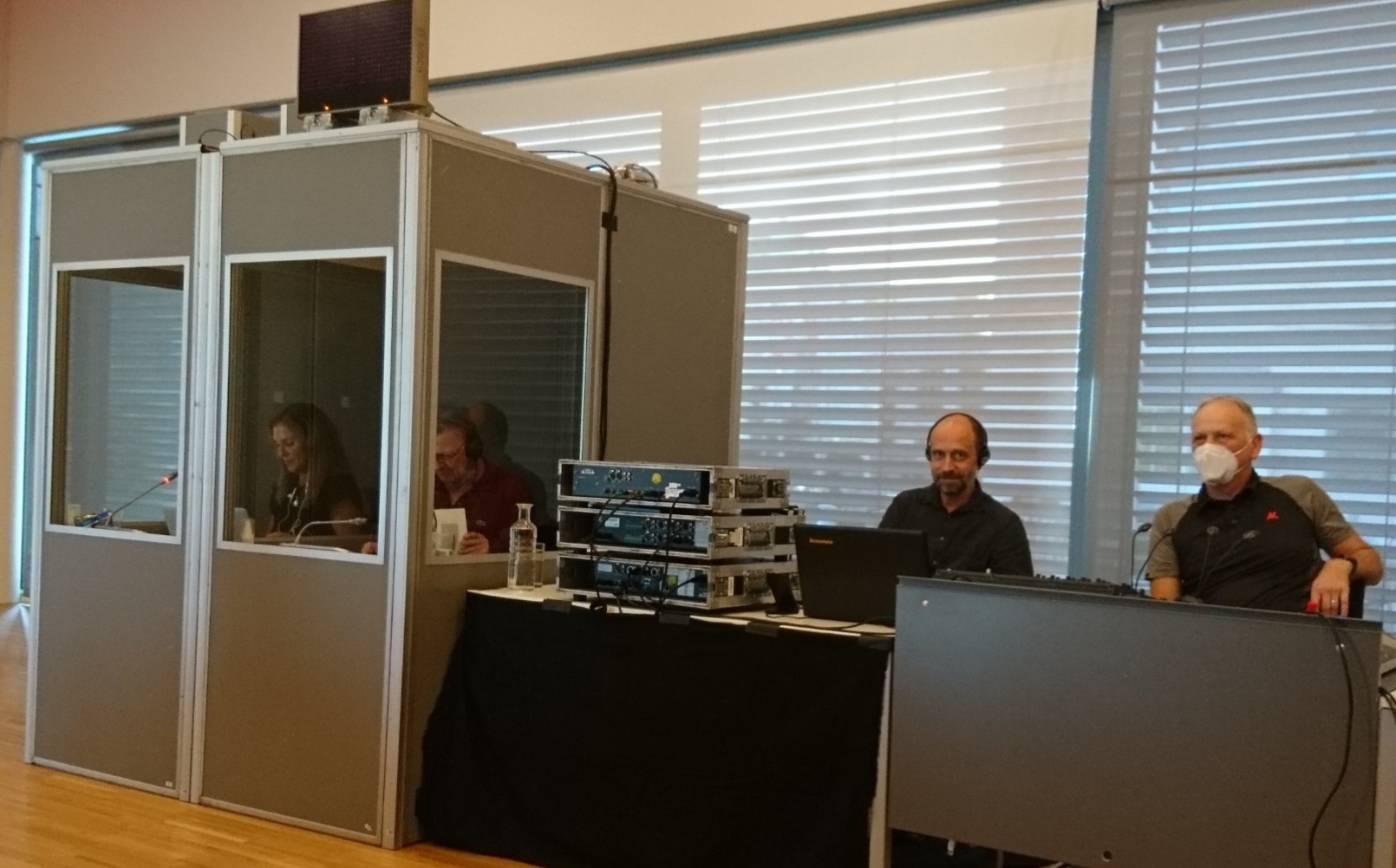 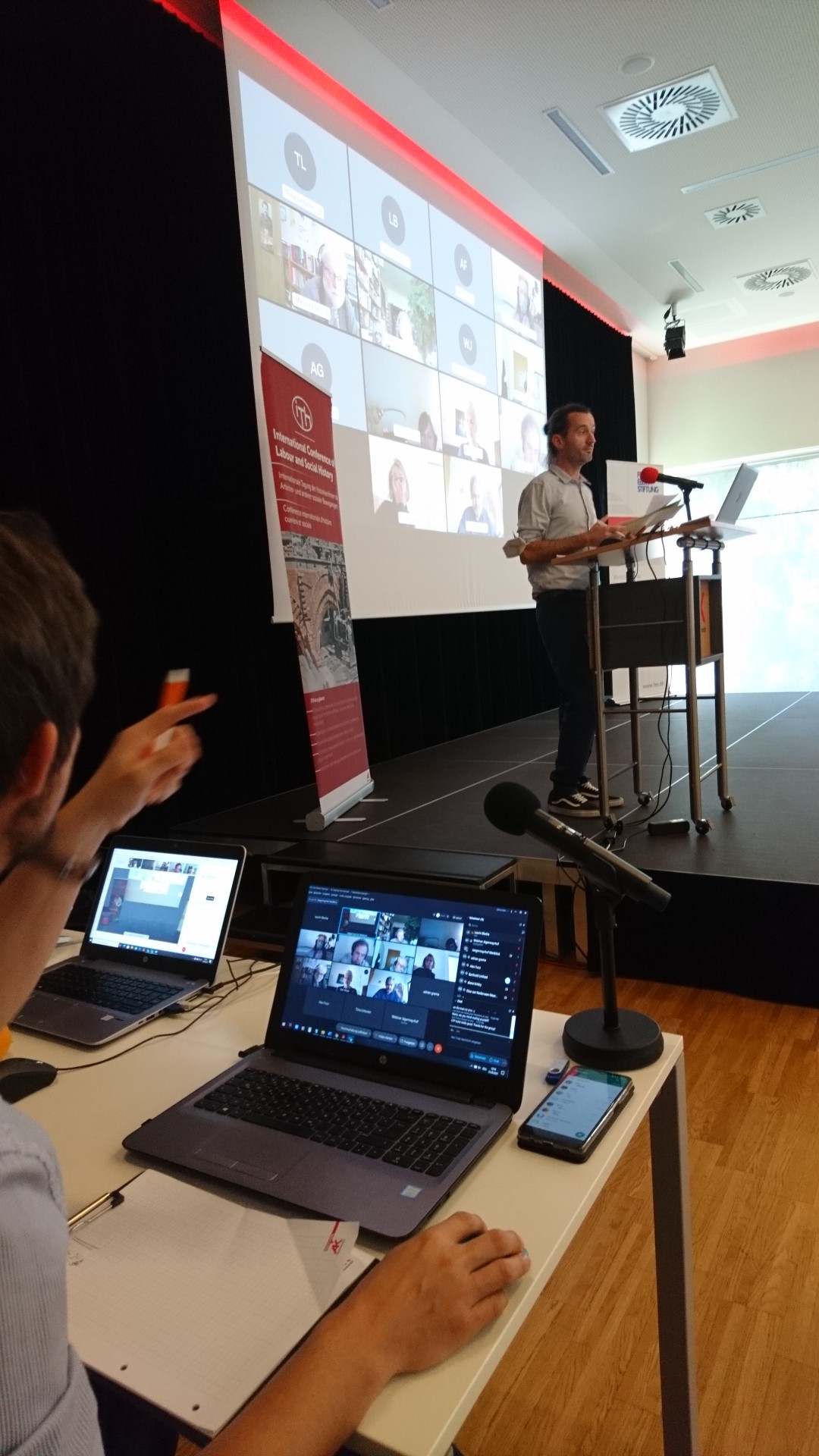